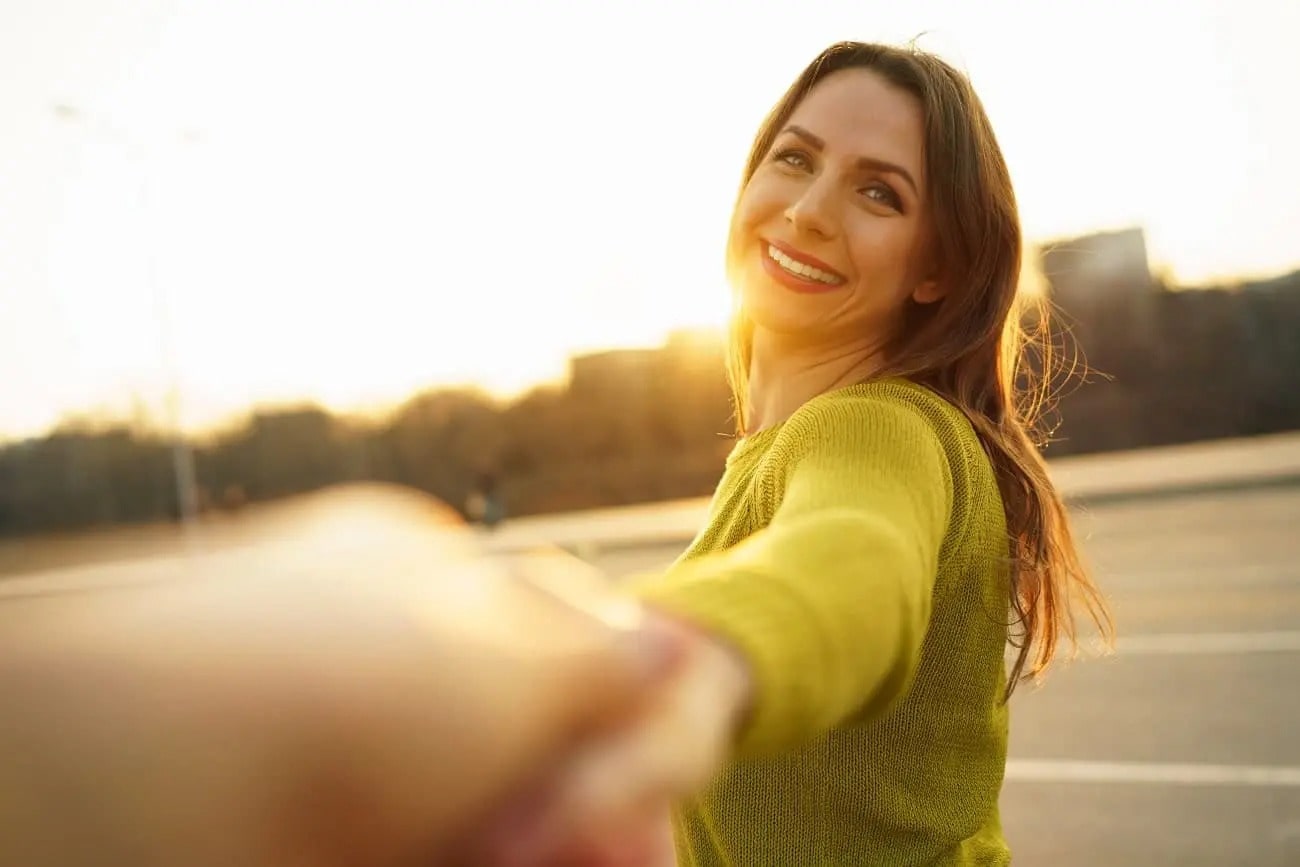 What are the benefits of Bioidentical Hormone Replacement Therapy?Blog

There’s been quite a lot of coverage in the media over the last few months about bioidentical hormone replacement therapy (BHRT) and its benefits.

This treatment, which uses plant-based compounds to replicate the molecular structures of the body’s natural hormones, has become increasingly popular in the UK over the last few years after originally coming to prominence in the United States.

With celebrity cheerleaders like Angelina Jolie, Oprah Winfrey and Madonna, among others, sharing their personal BHRT stories and experiences in recent weeks, the debate around why the treatment is still largely ignored by public health agencies has been reignited.

Bioidentical hormone replacement therapy is most commonly used in the management of menopausal symptoms as an alternative to synthetic HRT treatments which are either man-made or derived from animal products (such as horse urine).

But it also acts as an anti-ageing treatment, offering additional benefits to women who choose to take BHRT in menopause. And, of course, the anti-ageing attributes of bioidentical hormone replacement therapy means it’s a treatment that can also be of benefit to men.

Currently, BHRT is only available privately through clinics such as ours, despite clear evidence that it’s a treatment that poses no risk to health and overwhelming numbers of case studies that demonstrate its efficacy in managing the unpleasant symptoms of menopause.

The reasons why agencies such as the National Institute for Health and Care Excellence (NICE) refuse to engage positively with medical advocates on the potential of bioidentical hormone replacement therapy as an alternative to synthetic HRT are shrouded in a fog of disingenuity.

On the one hand, NICE argues that there’s no clinical evidence to suggest BHRT is equally or more effective than conventional HRT treatments.

But that’s somewhat inevitable when NICE has pointedly refused to approve the clinical research and/or trials that it says it requires in order to take any other position on the treatment.

And while NICE would – and does – reject the suggestion that its refusal to engage has commercial considerations at heart, it’s difficult, when appraising the evidence for BHRT, to think of any other reason why it’s so unwilling to respond to the growing clamour for BHRT to be publicly funded.

The same argument is true when considering the Food and Drug Administration’s (FDA) similarly lukewarm appetite to engage with the US medical community on the subject.

The benefits of bioidentical hormone replacement therapy in menopause are well documented.

Chief among them is that it offers true choice for women who may be reluctant to commit to a GP-favoured synthetic HRT that has often been the subject of reports that suggest it may have links to breast cancer and heart disease, among other conditions.

In terms of managing menopause symptoms, BHRT has shown to be as effective, if not more so, as conventional HRT in mitigating – either in part or completely – the main symptoms, which include but are not limited to hot flashes, insomnia, loss of libido and mood swings.

Additionally, patients who take bioidentical hormone replacement therapy, either to manage the symptoms of menopause or for its anti-ageing characteristics, report a range of benefits that include increased sex drive, more energy, better mood, more mental clarity, improved motivation to lose weight and stay fit and much better skin health and generally elevated levels of joie de vivre.

Because the plant-based compounds that replicate our naturally occurring hormones also promote the natural functions of the body that become jaded and less effective as advancing years cause pronounced hormonal imbalances.

Production of collagen, keratin and elastin proteins that are essential for healthy skin is increased. Oestrogen, testosterone and progesterone work together to produce multiple benefits. Ultimately, as the hormonal balance is restored, so is general wellbeing.

In the end, and regardless of NICE’s and the FDA’s view of its clinical efficacy – a view that flies in the face of real-life case studies – what is absolutely clear is that BHRT is not in any way harmful when used correctly.

It, therefore, falls to individual patients to judge whether it is a suitable and appropriate option as a treatment to mitigate the impact and effect of menopause and ageing.

And although it is disappointing that BHRT won’t be available as an NHS treatment in the near future, perhaps the people who do see bioidentical hormone replacement therapy as the way forward in their own health management are the best people to judge anyway.

IMPORTANT NOTE: The views and opinions expressed in these blogs are expressly those of the author, Dr Nyjon Eccles PhD, and are intended for informational and educational purposes only. They do not constitute medical advice of any sort.

Why we need an alternative to mammography for breast cancer screening
Dr. Nyjon Eccles

Ros
16:57 08 Feb 20
I had some treatment for a breast condition in the clinic, people are very polite and nice including the doctors. I had to stop the treatment as It was not working but that's fair enough as no everything works for everybody. I stop going to the clinic and nobody in the clinic contacted me to find out what was going on, what happened with me. That showsed lack of care and I was disappointed about that.

Alison Kittle
14:33 14 Aug 19
Been visiting this clinic for nearly 10 years. It reassures me about my breast health and if I raise any concerns they are always answered well. Staff are professional but friendly. Dr Eccles knows his field. Will keep returning for my check ups. Peace of mind is worth so much.

maria
13:27 16 Jul 19
For several years I have been seeing Dc Eccles for general l wellbeing. After I started seeing him, I felt much better. Excellent Doctor with very good supplements and product. I highly recommend Dr Eccles and his prescription.

Anwen Pragnell
14:50 20 Jun 19
A recent breast health scare in my 30's lead me to seek a less invasive option to check breast health. The Thermocheck scan, detailed report and Skype consultation with Dr Eccles was very professional and reassuring. I now feel more informed and supported in preparation for my hospital appointment. I highly recommend Dr Eccles and his team to provide an efficient, professional service and support your health naturally.

Arthur Moore
09:27 16 Jan 18
Thank you for giving me the opportunity to use your excellent product. Although it has only been 2 weeks, both myself and my wife have noticed, the hair growth has certainly become thicker, more of a covering. This is very encouraging, following many years of not really being bothered about my hair loss, now that I am noticing an improvement I am very excited at the prospects of once again having a full head of hair.

Victoria Harris
09:54 12 Aug 20
A very friendly but professional service. Experts in their field that go over and above to ensure you have the best service and experience.Highly recommend.

Janie Wolf
09:06 31 May 22
Dr Eccles has given me my life back, because he has balanced my hormones in a way that enables me to live my life to the full again!I was not only suffering with menopause fatigue and the many other symptoms of menopause, but I had ongoing lethargy with Auto-Immune Hashimotos and a struggling thyroid. It came to the point I didn’t know which symptom was due to which hormone deficiency.After my second thorough consultation with Dr Eccles, he had tweaked my dose and found I was indeed Iodine deficient. Now I am beginning to have normal levels of energy again and it is getting better and better, for the first time in five years! I sleep like a baby and my overactive bladder has been calmed. I am so glad I found Dr Eccles, life is too short to suffer with debilitating symptoms, he is the best doctor for me!

Muxloe Property
19:48 17 Jun 22
The Dr helped me feel like myself again after lots of low level symptoms. My GP dismissed me. It was worth every penny. Thank you

Nicky Emlick
21:19 23 Feb 22
Highly recommend this practice. My experience so far after taking the thermogenic breast scan, and Bio identical hormone replacements has been a very pleasant and informative process.

Crazy T
10:06 27 Oct 21
I started seeing Dr Eccles almost 3 years ago for fertility issue , after struggling for 9 years and 2 miscarriages 2 years a part .I had done blood test with them and was on natural hormonal medication for almost 2 years ,and it worked for me and i fell pregnant and i have a 5 month old son now .I am still seeing him for general health and hopefully working towards second pregnancy.He is amazing , listens to every concern and answer all queries very nicely and in friendly manner and girls at receptions are also great and quick at responding to any questions or concerns i might have.

Kelly Hafner
15:58 09 Sep 21
I began to see Dr Eccles six years ago and he continues to provide excellent care and attention every time I see him. I have referred several friends to him and they have all been very happy. Both Dr Eccles and his staff genuinely care and always go the extra mile. I highly recommend him for all areas of female health, immunity and healthy ageing in general!
See All Reviews